The Coffin Shop – the Most Popular Part of the Site

Welcome to the most visited page on this website! Why is it so popular?

My own theory is that a coffin is one last gift to the person who has died which people want to buy themselves, not through the agency of a funeral director. Of course, buying direct can save you quite a lot of money, too. If you’d like to tell me why you have come to this page I’d be very interested to know.

Choosing a coffin for someone is probably not a matter you have ever given much thought to if any. When it actually comes to it, it can feel surreal.

The price you pay an undertaker for a coffin may be many times what the undertaker paid for it – a markup greater than you would expect of a retailer. Historically, undertakers customarily “buried” or disguise part of what they call their “professional fee” in the cost of their coffins. Some still do, though the markup is generally fairer than it used to be. And it is for this reason that it is impossible to give you guide prices to many of the coffins below.

Many undertakers still sell only a limited range of coffins (so that they can negotiate keen prices with the makers). Many will not tell you what else is available, either because they can’t get such a good margin on it or because they can’t be bothered. If you see something here that you like the look of, buy it direct if you can or tell your undertaker to get it for you. If, say, it’s a wicker coffin you want, make absolutely sure your undertaker gets it from the firm which sells the one you like. There are lots of cheap versions out there with a flimsy, loose weave which offer your undertaker a bigger margin. 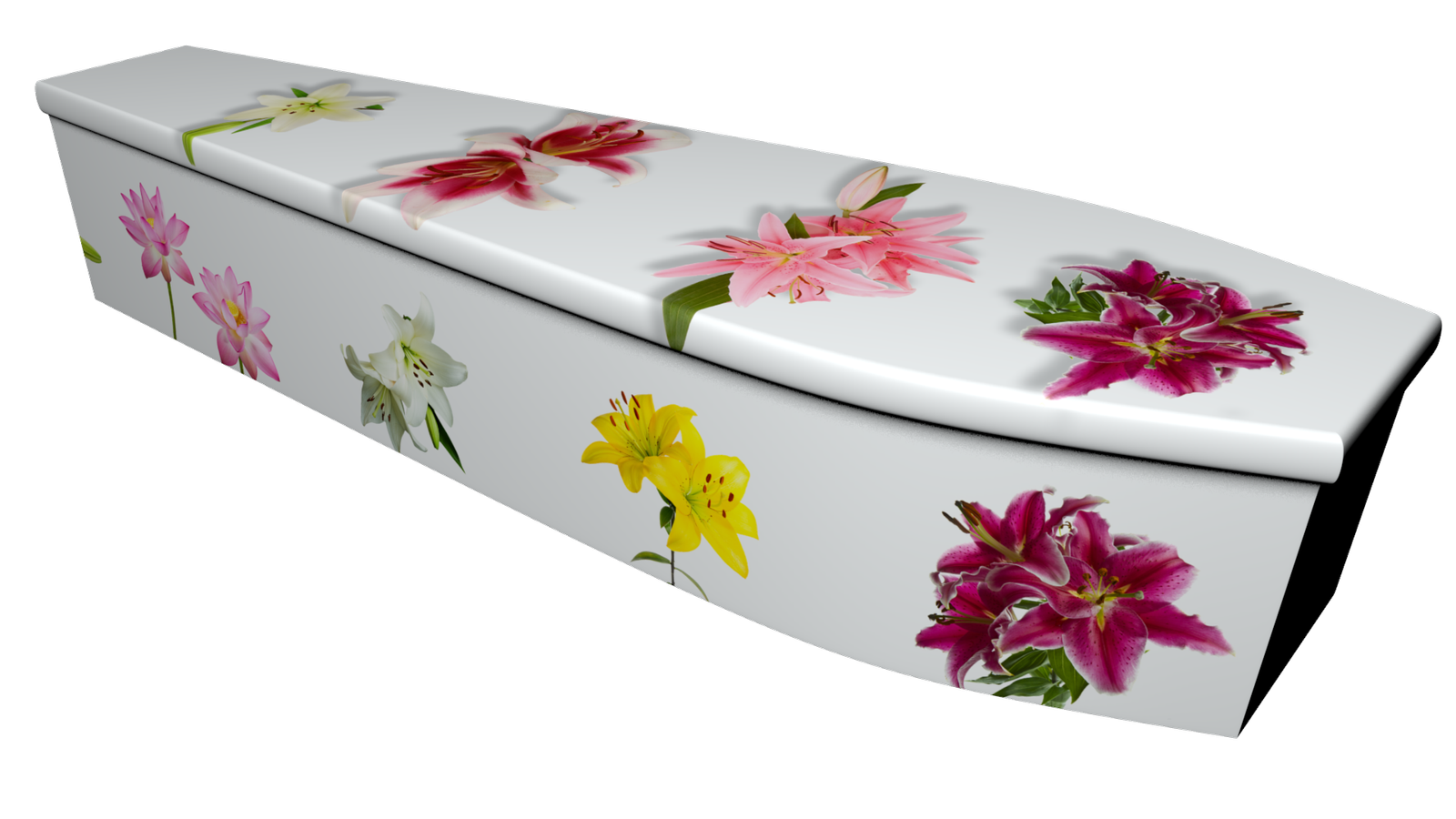 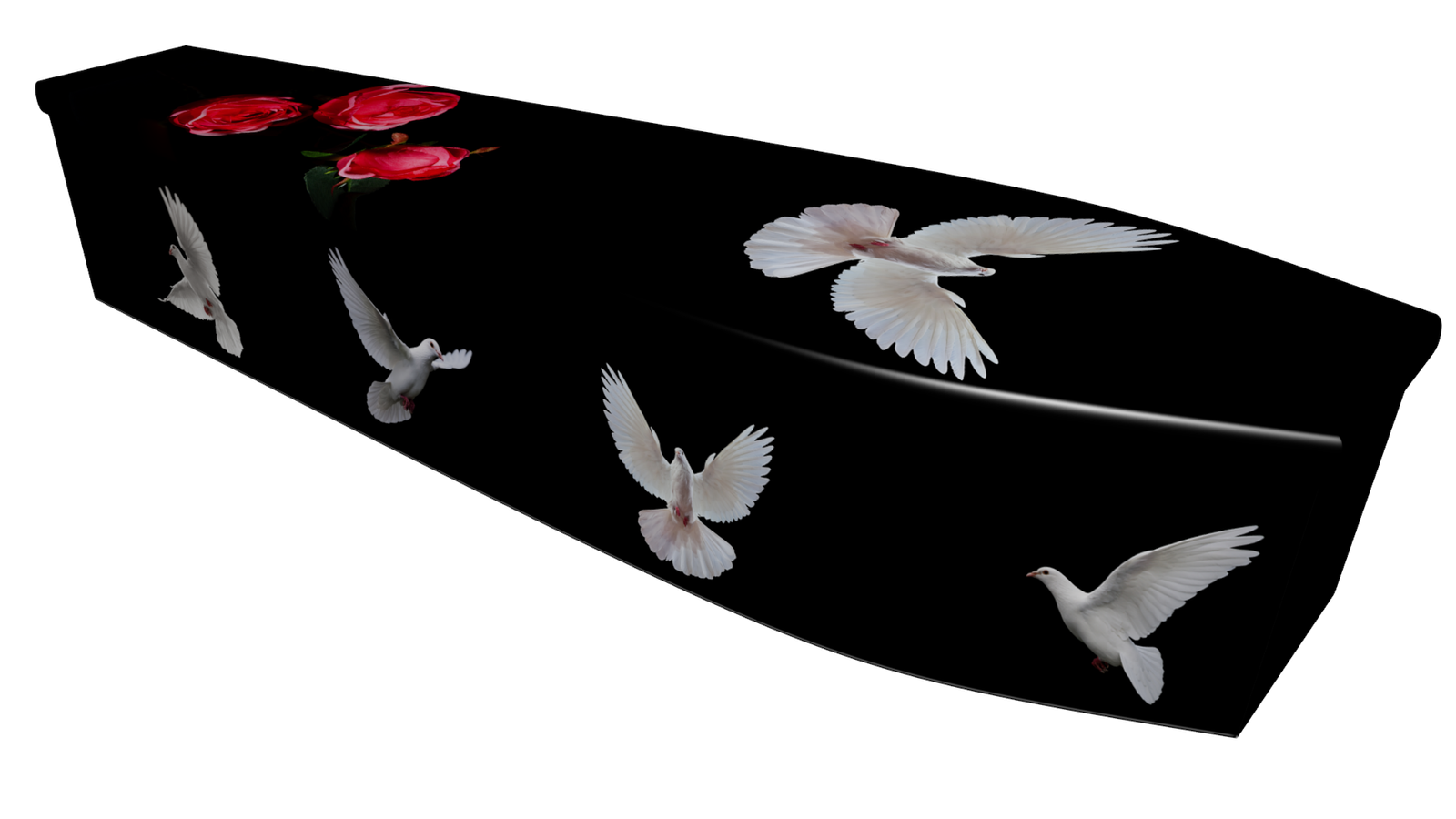 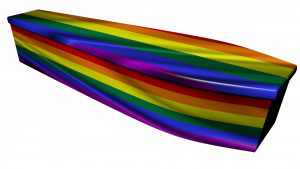 Coffins these days are made from many different materials. You can have a traditional wooden coffin or one made of all sorts of other materials – willow, seagrass, banana leaves, cardboard etc&hellip;

There’s a choice of shapes, from the classic shouldered coffin to the US-style casket to the revolutionary Eco-Pod.

If you think that traditional varnished wood coffins look cold and repellent, you may be amazed by how much softer and friendlier in appearance the new-look generation are.

Most funeral directors display their limited range in a catalogue and give them posh names like The Arundel. Some have a coffin showroom.

You can spend as much as you like on a coffin.

No one wants to feel like a skinflint and choose something disrespectfully cheap.

But Here’s a Thing:

There’s almost no difference in appearance between a bottom-of-the-range foil MDF coffin and a solid timber one at three times the price. If you throw good money at a coffin it is highly unlikely that anyone will notice unless it is made from other materials.

Given the fact that, whether it is buried or cremated, any coffin enjoys a very short life in the public eye, your choice of the coffin will be influenced by three factors:

Do You Have to Buy a Coffin From an Undertaker?

It is difficult to find coffin suppliers who will sell directly to the public. If they did, the undertakers would boycott them and try to close them down. This is one commodity you cannot yet get more cheaply on the internet. However,

It is clear that a great many people want to buy this one last gift for someone who has died themselves, not through a third-party.